Our approach is to be forthright and frank in our advice to you. 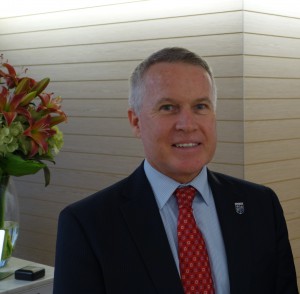 Brian commenced his degree in law at Queensland University of Technology in 1977 as a foundation student of the law faculty. After starting full time studies he shifted to part time and completed his degree whilst working in the Magistrates Court, Brisbane until he graduated at the end of 1982. In 1983 Brian completed a Graduate Diploma in Legal Practice and was admitted as a solicitor of the Supreme Court of Queensland in late 1983.

Brian worked initially as a consultant solicitor involved in a complex litigation matter arising out of the original proposed Queensland casino site on the Gold Coast. In 1984-85 he acted as a panel solicitor for Suncorp and Workers Compensation Board and managed the busy debt recovery area of the practice in which he worked. Between 1985 and 1989 he moved to another inner city legal practice becoming a partner in 1987. In March 1989 he commenced his own practice with the commitment to provide the best possible service to his clients.

Brian has since 2005 been an Advanced Adjudicator under the Building and Construction Industry Payments Act 2004.

Melanie first joined us in 1996. After taking some time off to start a family she has returned to us with a wealth of experience gained in our firm and in other firms.

Elaine is a senior qualified primary school teacher and works in our practice one day a week as office manager.

Our approach is not to “gild the lily” but to be forthright and frank in our advice to you.

Most of all we enjoy helping our clients and strive to be our clients “Partners in Success”™.

Limited liability by a scheme approved under Professional Standards Legislation.